United Way Annual Meeting Spotlights Those Who Give Back 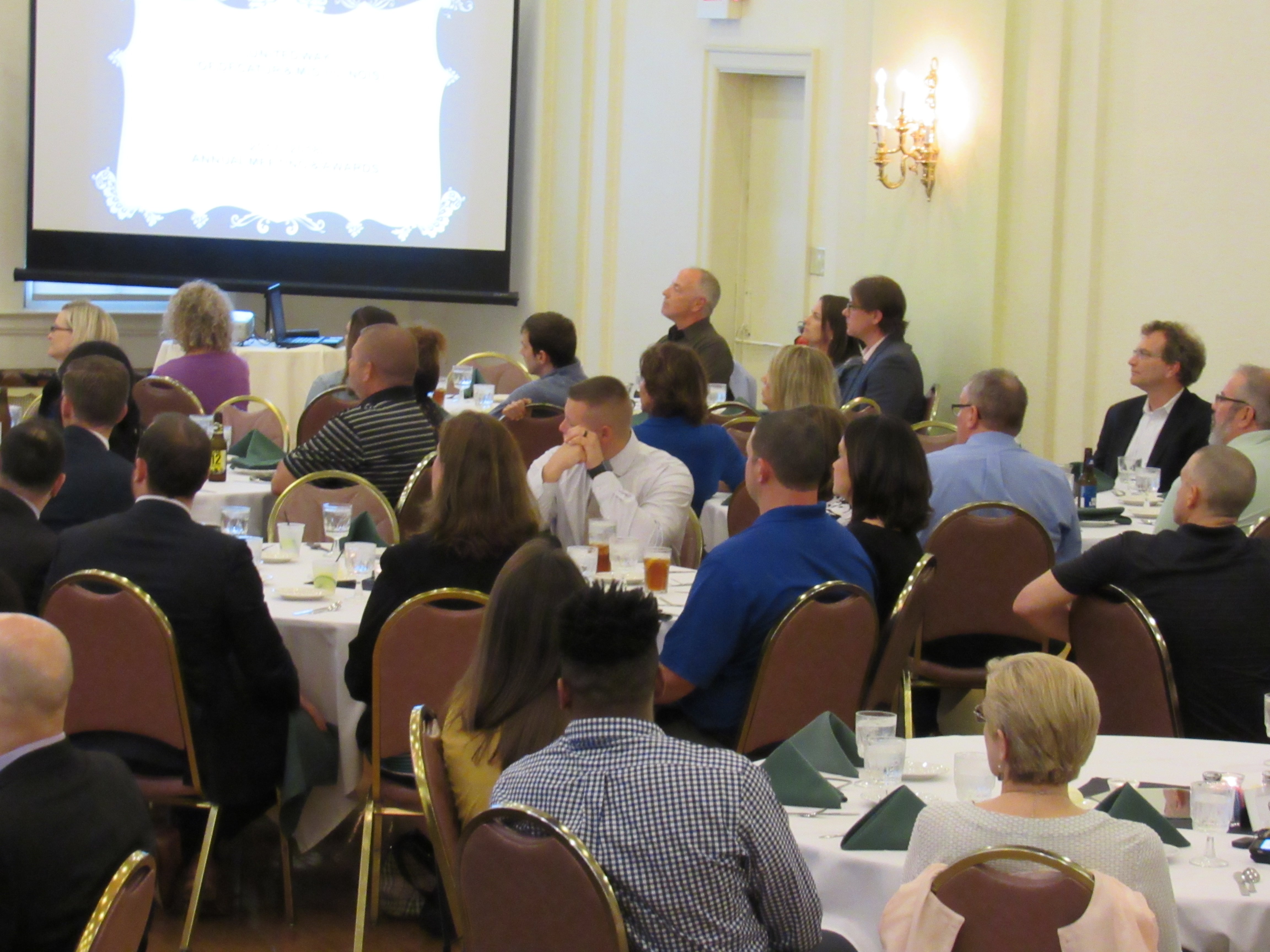 May 4 – The United Way of Decatur & Mid-Illinois held their Annual Meeting Thursday evening at the Decatur Club. United Way members talked to business about the upcoming year, and celebrated a successful campaign season.

Debbie Bogle, United Way Executive Director, said part of the evening was spent acknowledging the work of local partners and volunteers.“All of our companies are great and do great campaigns and put a lot of effort into it. So unfortunately we can only pick a few every year to give an award to, but they have done outstanding work within our community and so we like to celebrate that.”

The following groups and individuals received awards from the United Way:

Volunteer of the Year Award:

Campaign of the Year Award:

A Company That Cares Award:

Also of note at the meeting, UW’s Executive Director Bogle suffered a brain aneurysm at the beginning of the year that left her in the hospital for over fourteen days. After a full recovery, she had to slowly transition herself back into her work, but she was glad to be back. “It’s great to get to come back to tonight and be able to give awards to people that I work with on their campaigns all the time and they are my friends and they care about the community and so do I. So it’s a real treat for me to be able to do that.”

The tagline for the United Way is “Live United.” Bogle said those who are involved with the United Way take that seriously while looking for ways to help get people towards self-sufficiency without assistance from the government and have a fulfilled life.