Fighting for Those Who Fought for Us 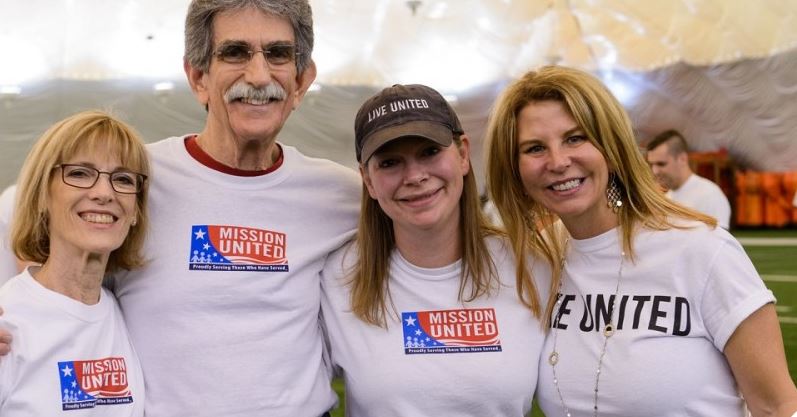 When you listen to Stephen Moss explain his daughter’s journey to seek treatment after being injured in the line of duty, you gain a clearer picture of the struggles many veterans in the United States face when they return home.

“When my daughter came back from Iraq, she went through a lot of red tape and complications, and it took two years before she had surgery,” Stephen said. “The doctor came in and told her the system waited too long. ‘I did four and a half hours of surgery,’ the doctor said, ‘but you’re going to have a permanent disability.’”

Unfortunately, the problem didn’t end there. A representative from the Department of Veterans Affairs came to visit Stephen’s daughter and told her the VA would only cover three of the six months needed for physical therapy. He also said it could take up to a year for her to get her first disability payment.

“My daughter isn’t shy,” said Stephen, a Vietnam War veteran himself who shared his family’s story on The Hero Effect. “She replied, ‘I fortunately have parents who can help me, but what happens to others who don’t have that support?'” The response: “They go homeless.”

Soon thereafter, Stephen worked with his local United Way – United Way of Broward County – to create MISSION UNITED, a program that helps veterans, active duty service members and their families get the services they need to resume civilian life.

If you haven’t served in the military, or don’t have a close friend or relative who served, you might not understand why the transition can be so difficult. After all, many veterans are doing well, building careers and families. Studies show, however, there are approximately 50,000 veterans living on the streets and struggling to survive. Additionally, veterans suffer post-traumatic stress at twice the rate of non-veterans.

Through MISSION UNITED, United Way and our partners are fighting to prevent what happened to Stephen’s daughter from happening to others. To date, MISSION UNITED has helped more than 12,000 veterans cut through red tape and receive timely, necessary services ranging from medical care to career guidance and resumé help.

Often the problem is not a lack of services, but a lack of coordination between services. That’s why MISSION UNITED, working with United Way’s 2-1-1 network, provides a straightforward entry point to get veterans the support they need.

As President and CEO of United Way Worldwide, I’ve seen many examples of people searching for help, but not knowing where to get the care they need. That’s unacceptable, especially when it comes to those who have risked their lives for their country.

There are millions of veterans and families across the country that still need help. I’m proud to see MISSION UNITED operating in 20 communities across the nation – and we hope to grow our efforts to reach more veterans and their families.

This Giving Tuesday, please consider a gift to MISSION UNITED, and join us as we fight for those who have fought for us.