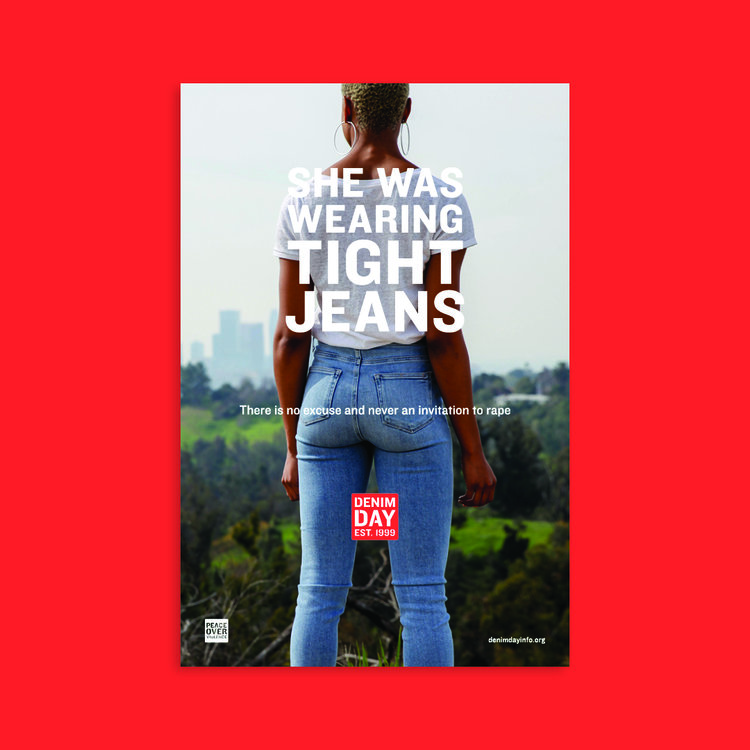 TRIGGER WARNING. This blog post references sexual assault but also talks about services and supports for survivors of sexual assault.

April may be Sexual Assault Awareness Month, but for too many of us, it’s something we think about on a regular basis.

For the past 20 years, the nonprofit Peace Over Violence has led a Denim Day campaign in April, in honor of Sexual Assault Awareness Month. This year, Denim Day is Wednesday, April 24.

It’s the third year that United Way has participated in the #DenimDay campaign, inspired by Dawn Helmrich, at United Way of Greater Milwaukee and Waukesha County. Dawn is a tireless advocate for survivors of sexual assault. Her willingness to share her story inspired me to talk publicly about my own, and to seek public platforms to share resources for survivors and families.

Last year, there were 728 social posts using #UWDenimDay (431 on Twitter;166 on Facebook and 131 on Instagram). Several United Ways developed creative designs for their posts; others encouraged community participation. Shout-out to United Way of Rock River Valley in Rockford, Illinois for its local media coverage last year – and for encouraging the city of Rockford, Rockford University, Rockford Public Schools and Rockford Sexual Assault Counseling to take part this year.

Denim Day first started 20 years ago when the Italian Supreme Court ruled that a woman’s rape must have been consensual because her jeans were so tight that she had to help remove them for her perpetrator (who was then acquitted). In protest, women in the Italian Parliament wore jeans to work the next day.

Peace Over Violence developed the Denim Day campaign the next year. Since then, wearing jeans on Denim Day has become a symbol of protest against destructive attitudes about sexual harassment, abuse, assault and rape.

If you or someone you know is looking for local mental health resources or survivor support, call 2-1-1 or text your ZIP code to 898-211 today.