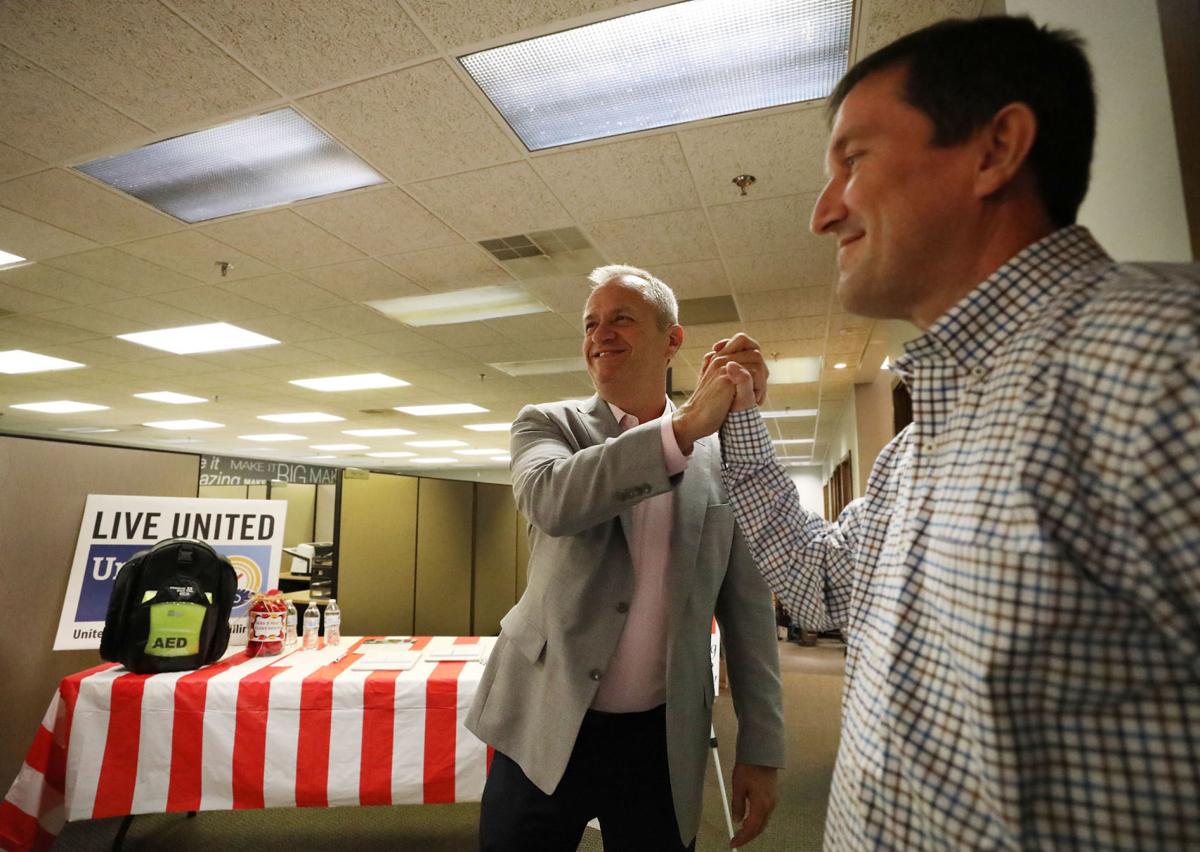 DECATUR — The United Way of Decatur and Mid-Illinois kicked off its 2018 campaign Wednesday afternoon with hopes of once again raising $1.6 million for area community programs.

But according to Debbie Bogle, the organization's executive director, it's not really the monetary goal that matters when it comes to the United Way's annual efforts. The focus, she said, should actually be on the campaign's end goal of helping people provide for themselves and their families.

"We do that by investing in the most effective programs in our community," Bogle said. "By participating in the United Way campaign, you can help move more people from crisis to stable, from stable to thriving and from thriving to self-sufficient."

Wednesday's kickoff event was held at the Consociate, 2828 N. Monroe St. The event doubled as a fundraiser for United Way, hosted by Consociate and sister company, Dansig. Attendees were invited to play various carnival games and raffles, with the proceeds going toward the campaign.

After five years of conversation, collaboration and research, the organization has identified four key areas to focus its efforts: youth education, adult education and training, health and safety.

Looking toward the campaign's end in December, Bogle said it's going to take the entire community's help to reach the goal.

"When agencies apply for investment, the request is more than double what we have," she said. "So there's a huge need out there for (the campaign) and we continually work to find new avenues for funding ... so it's very important for the community to get involved."

Darren Reynolds, president and CEO of Consociate, said his company tries to get involved in the campaign by investing and volunteering to help. Tina Suzewitz, the company's vice president of human resources, said Consociate has participated in the United Way campaign since 2010.

Consociate made another big donation to the United Way on Wednesday in the form of an automatic external defibrillator. Reynolds said the company's wish is that the United Way will act as a "guardian" of the device and allow other area organizations to use it whenever an emergency occurs at a large community gathering.

Reynolds said the idea to donate the AED stemmed from a recent situation involving Brian Pierce, Consociate's director of marketing. Pierce experienced a massive heart attack while volunteering at the WSOY Community Food Drive on Oct. 5.

Pierce said he was told by doctors that he likely would have died if it weren't for the intervention of a bystander who had an AED at the scene.

"We just want to make (giving) a part of the culture here," said Pierce, 53. "We all give, we want everybody to think of others. Not just ourselves, but think of others in the community."